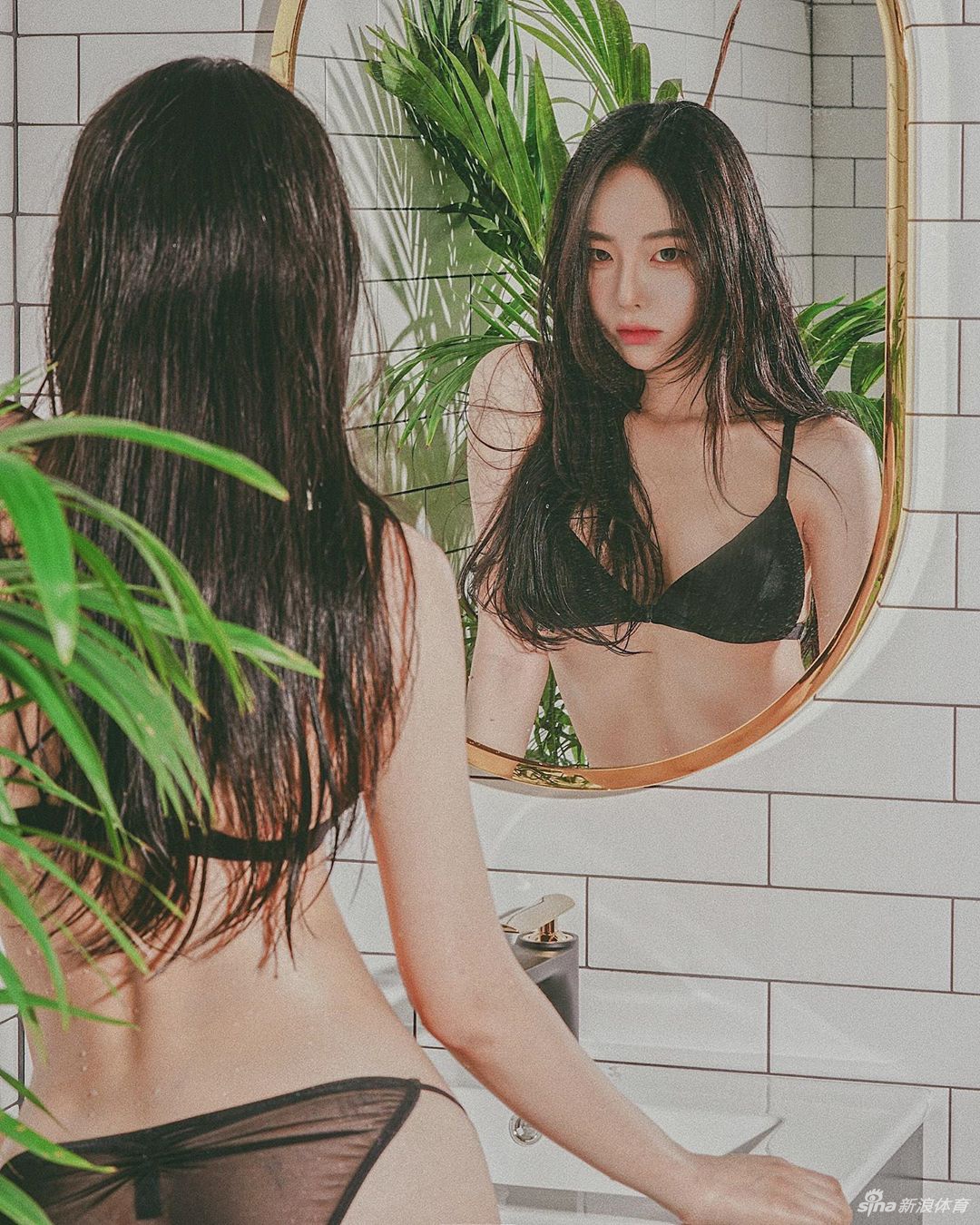 mr. zhu min, graduated from zhejiang university with a master's degree in industrial management and received a ms degree in engineering economics from stanford university. he co-founded future labs inc. in 1991 which was later acquired by quarterdeck corp.. in 1996, he co-founded webex communications inc. which was successfully listed on nasdaq in 2000 and then acquired by cisco systems inc. for us$3.2 billion in 2007.

mr. zhu has many years of experience in computer, network communications and services. he is a well-known scientist in the field in the united states. in 2002, he was named by business week as one of the 25 most influential people in global e-commerce. in 2008 and 2009, mr. zhu was selected by forbes as one of china's best venture capital investors. at the first china public entrepreneurship and innovation conference held in 2016, he was granted the title of china's pioneer in innovation and entrepreneurship by virtue of his reputation in the international investment community.

mr. zhu is the founder and chairman of the board of cybernaut investment group limited, the vice president of china society for the promotion of science and technology commercialization, the founder and dean of the zhejiang university international innovation institute (zii).

dr. chen huabei, was appointed as our executive director on 11 june 2019. he holds a bachelor's degree from shandong university, china a master's degrees from aichi university of education, japan and a doctor's degree from northeast normal university, china. he currently serves as the president of seadragon innovation institute of international education. dr. chen had served as a deputy director of the education, science, culture and public health department and a director general of the information center of state administration of foreign experts affairs (safea). he had also served as a commissioner general of china association for international exchange of personnel overseas office of japan. dr. chen's major research interests are japanese philosophy history and internationalization of education and talents.

mr. lu yongchao, obtained a diploma in business administration for real estate entrepreneurs in china at sun yat-sen university and a diploma in english at guangdong university of foreign studies. mr. lu was a team member of ample luck international capital group limited, a domestic well-known fund management group. mr. lu has extensive experience in business development, market development, media management, finance and information technology industry and years of investment, financing and fund management history. he has rich experience in the enterprise strategic management, internet strategy, brand management, investment and financing management. he was the founder of enjoymedia holdings company limited, which was listed on the otcbb in 2006 and was named one of the hundred most chinese concept corporation listed in united states. prior to that mr. lu had been the chief executive of the online websites yesite and itnow, as well as the whirlpool kit department head in china. mr. lu had assisted listing and financing of different enterprises while working in an investment company in china, and had served as the director of taiwan listed corporation china mobile digital group. he also had served as a director of a well-known german outdoor brand vaude.

亚博appms. yip sum yu, was appointed as our executive director on 13 march 2020. she is currently a consultant of an investment company. ms. yip has gained valuable experience in investments and investors relations in connection with both listed and private investments. she did not hold any other directorships in public companies the securities of which are listed on any securities market in hong kong or overseas in the last three years. ms. yip is also the directors of its subsidiaries, namely great select global limited, accurate trade international limited, china safety holdings limited, eagle pioneer limited and happy way technology limited.

mr. cao ke, was appointed as our independent non-executive director on 10 june 2015. he received his bachelor's degree in economics from nankai university in china in 1995 and a master's degree in business administration from the university of hawaii in usa in 2001. he possesses over 10 years of experience in financial management and over 8 years of experience in financial investment and project management. he served as chief financial officer in guangdong esquel textile enterprise co., ltd., jiemi int'l trade (shanghai) co., ltd. and guangdong qide education service ltd.. from january 2010 to march 2020, he served as chief investment officer in youngy investment holding group co., limited which is a reputable investment company in the prc. from october 2015 to march 2020, mr. cao served as the vice chairman of the board of directors for gefeng environmental protection technology co,. ltd. since december 2012, he served as supervisor in anhua agricultural insurance company ltd and shenzhen huaxunark technology co., limited. since march 2020, mr. cao is the cfo of zhuhai chang cheng investment management company limited.

亚博appmr. sin kwok wai ronald, was appointed as our chief financial officer on 13 march 2020. mr. sin received his bachelor's degree with extended major in accountancy from queensland university of technology, australia in 1994. then he pursued his postgraduate studies with research and coursework at griffith university, australia in 1994. he obtained his master degree in business administration from the university of southern queensland, australia in 2006. furthermore, mr. sin pursued his doctorate studies at university of wales trinity saint david in 2017. he is currently an associate member of hkicpa and a fellow member of the cpa australia. prior to joining the company, mr. sin has served companies in different industries in hong kong, including those listed in hong kong and overseas. he possesses over 20 years of management experience in areas of accounting, business strategy and corporate restructuring.

dr. wang joined ibm since 1998 and he was first appointed as the chief architect of ibm's global supply chain for personal computers. after that, he was subsequently appointed as the senior project director of ibm's global services department, being in charge of some projects in the aspects of electronics, automobile, petroleum and others, with the funds involved reaching several billion us dollars. he also helped ibm to establish the outsourcing center in india.

亚博appin 2002, dr. wang joined the research and development department in his capacity being the executive assistant to the president of ibm's global research and development center. his main job duties were to develop research in respect of technological development and strategic direction. innovation frontier engineering, led by him, was a part of the national innovation plan of the u.s. and was directly initiated by the u.s. president. since 2006, dr. wang was seconded to station at the headquarters of asia pacific region and was appointed as the general manager of ibm's software technical sales. his duties were to lead more than 2000 professionals in respect of technical sales and services distributed in the greater china, japan, korea, australia, new zealand, india and some southeast asia countries, being dedicated to provide the customers with various software and industrial solutions.

mr. lee yim stephen, is currently the director of soaring international limited (soaring), which holds 100% owns equity interest of vt zero limited. as the director of the soaring enterprise, he oversees the ecommerce division of the group companies, and also acts as the ceo of vt zero limited. mr. lee was graduated with a ba (hons) finance from hong kong university in 1998. with his enthusiasm in information technology field, he joined innaworks ltd as development specialist from 1999 to 2001. and from 2002 to 2005, he held the position as senior developer in tai fook securities limited and emperor capital group. with his years of past experience in it sector and as software developer in the finance industry, mr. lee founded the ebusiness startup named vt zero limited in 2007. prior to his startup business, he was a project manager in ubs business group. with his strong experience in software development and insight on internet shopping, mr. lee managed the business of vt zero limited to achieve a yearly turnover of hk$10 million within the first two years. soaring international limited enterprise is now the wholly owned subsidiary of cybernaut international holdings company limited, with business majoring on ecommerce of branded electronic products and second-hand mobile devices.

mr. ng hang fai calvin, is currently the business development director of soaring international limited, that was founded with his partner mr. lee yim stephen in 2007. mr. ng was graduated with a ba (hons) information systems from city university of hong kong in 1998. upon graduation, he joined hong kong international terminals, it infrastructure division and hutchison portsnportals.com until he served as development specialist in innaworks ltd. from 2000 to 2001. he also participated the development of online securities trading platform in taifook securities during the period of 2002 to 2005. then with his years of past experience in internet application on research and development in shipping and finance industry, mr. ng worked as a system analyst in ccass division of hkex until he joined mr. lee yim stephen to start the ebusiness venture in 2007. mr. ng has expertise on internet marketing and always aims at exploring more online sales channels for the soaring international limited enterprise, in a view to reach fast growing online shoppers all over the world.

mr. cheung wing lok tommy, joined the company in 2014. he is currently the directors of its subsidiaries, namely huzhousailehongjiaoyukejiyouxiangongsi huzhou sai le hong education technology limited (“huzhougongsi”, “huzhou company”),time credit limited, total tycoon limited, china safety holdings limited and happy way technology limited of the group. mr. cheung received his bachelor's degree in accountancy from curtin university of technology, australia in 2006 and associate degree of business administration from hku space in 2004. he is currently an associate member of hkicpa and the full member of the cpa australia. prior to joining the company, mr. cheung was an auditor and possessed over 7 years of experience in areas of auditing and accounting. other than serving as subsidiaries'director, mr. cheung also involved in daily executive duties in the subsidiaries of the group.